I know, I know: health care is full of perverse cross-subsidizations. Economists, for example, will talk to you until you and they are blue in the face 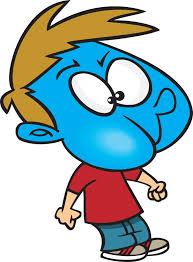 But, my mind is on Medicare today and the astonishing admission that the likely Medicare premium increases for 2016 could be borne exclusively by the roughly thirty percent of  beneficiaries who either do not pay their Medicare premiums by automatic deduction from their Social Security checks, who are new Medicare enrollees, whose annual income exceeds $85,000, or who are dual eligibles.  Overwhelmingly, the highest income individuals and the lowest income individuals enrolled in Medicare  fall into these groups. And, as of now, they appear to be destined to pay full freight for all Medicare beneficiaries' premium increases, as the automatic deduction folks are statutorily protected from the increase so long as there is no COLA for Social Security. Seen from this perspective, we have been on tenterhooks about two announcements: Social Security's COLA (now officially ruled out for 2016) and Medicare premium increases.

Does any of this make sense?  The New York Times discusses this bizarre outcome as part of a legislative quirk, but it is not as simple as that. There are strong financial reasons to encourage Medicare beneficiaries to pay their Medicare premiums by automatic deduction from Social Security benefits, a practice now involving seventy percent of Medicare beneficiaries.  Further, few are willing to attack Medicare's modest nibbling-at-the-edges approach to means testing for the household income over $85,000 group. Even those who don't love it accept it as a fait accompli and debate, instead, the merits of possible  expansion of Medicare premium  means testing.

UMKC Schools of Law and Pharmacy  student volunteers  host their annual free Medicare Part D Fair this Saturday, October 24, 2015 from 9:00AM-1:00PM in Pierson Auditorium on the Volker Campus at UMKC (free parking).  Explaining this one to that crowd ought to be a great experience for my Health Law Society members.

In KCMO or KCK and would like to attend?  Here we are in the Kansas City Star with all the particulars.